The filibuster and related activities, including an interfaith vigil on Wednesday the 28th, continues until Thursday. Details on various Facebook Pages–ACLU, NARAL, Planned Parenthood, Move On, and others.

Mostly I will be working during the scheduled times, but I will head over outside of my work day again. Senator Chris Murphy was on his way to dinner with friends from Connecticut who had spent the day doing citizen lobbying–telling their story about why keeping and improving on the ACA was important to them. Senator Murphy said that he’d heard people were outside and felt he needled to at least stop by and connect. He said this is just the beginning, don’t let them tinker and declare a victory if they only deprive 5 or 10 million people from getting insurance; he said keep it up; he’d like to see millions of people coming to D.C. and making their voices heard.  I was starting to get caught up in listening and then realized it was time to be at William Penn House. 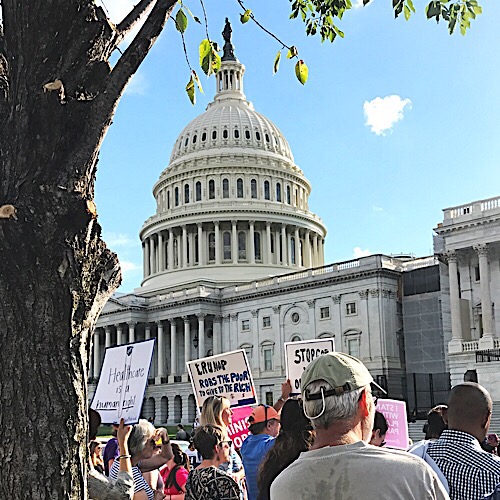