What’s Blooming Inside Right Now for Me (is it “forcing” or inviting?)

I’ve been living with blooms from bulbs since just before Christmas.  The amaryllis in the vase is the third bloom from a bulb I bought at the beginning of January; the third stem got too tall, so I put it in a vase, so it would not topple over.  The orchid I have had since it was about half this size and have been tending it by bringing inside and out with the seasons for over a decade.  It has bloomed every February without fail.  The paperwhites were a gift.  I enjoy a little of the scent, but find the usual presentation of several flowers simultaneously overwhelming.  I have brought them to flower one at a time.  As soon as the bulb flowers (and inevitably needs to be propped up somehow), I have cut the flowers to put in a vase and started the next bulb.  By the time the flowers in the vase have faded, the next bulb is budding.

The cherry blossoms — this is why I dreamed of cherries blossoming; I had them in my bedroom.  In a previous post, I showed the nearly bare branches from a tree that had fallen in the blizzard.  Although gardeners would call bringing the branches inside “forcing,” I wonder whether I really “forced” these blooms.  What I did was take branches that would have gone to a landfill, brought them into an auspicious environment and invited them to bloom.  This seems to me, not unlike using props in yoga:  I might not be able to experience the full opening of a pose myself, but if I properly use props, I can expand what I can experience.  It is not the same as doing it on my own, but it still gives me a different sense of the beauty that can be experienced, just like bringing in branches that otherwise would have fallen or need to be pruned into the house to reveal their glory in advance of the spring blooming outside.

The last photo is of dogwood and cherry that were on the side of the street two days ago (cherry tree down at the Japanese War Memorial); dogwood in a pile on the north side of the street in the 300 or 400 block of D Street, NE.  Start your own blooms, there is more winter in the forecast.  I am fairly certain from my previous experiment that the cherries will start blooming in a couple of weeks, but it remains to be seen whether the dogwood will want to open. 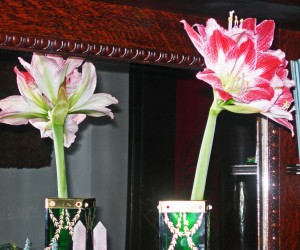 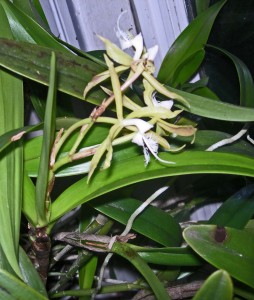 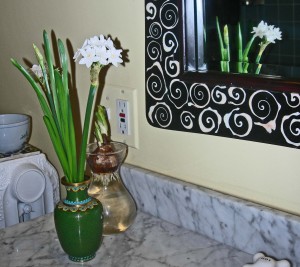 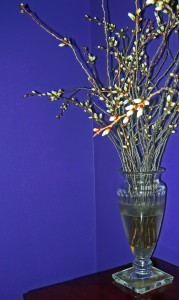 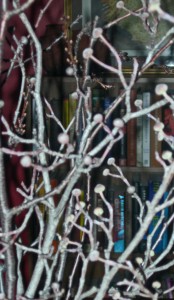