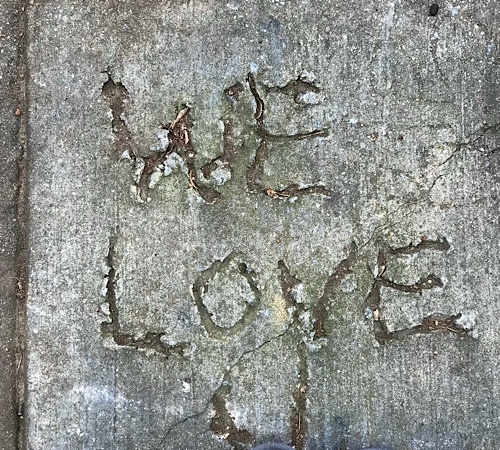 Signs Around Town (and Prema) 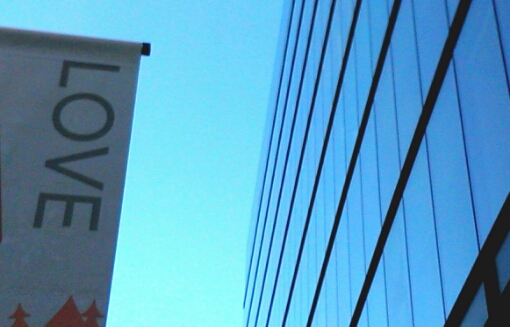 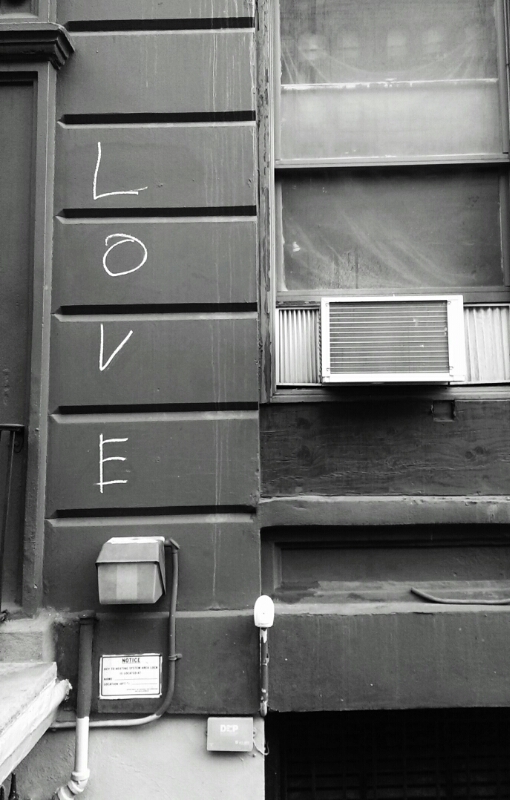 What About Love? (and Conflict Management Training)

Last week I attended a work-place training entitled “Conflict Management–Dealing with Difficult Conversations in the Workplace.”  I do not do much training at work; the several hours a week I spend doing professional reading generally satisfies the needs of my position.  When the offer for this two-day  training came into my inbox, I decided that it might be useful.  I am responsible for a project that involves several different offices in multiple government agencies all of which have perceived differences in agendas and jurisdiction and real differences in expertise and personality.  I am also about to get another new supervisor, and people in my division have been edgy.

The training, which had about 15 attendees even though it was the Tuesday and Wednesday before Thanksgiving started simply enough.  We all identified ourselves by name and job function and where in the agency we worked  and then took the Thomas-Kilmann Conflict Mode Instrument, which helps give a broad general idea of how one typically reacts in situations that involve conflict.  All pretty straightforward workplace training stuff.  Then the facilitator suggested that most conflict between people (and within ourselves) arises when our feelings of worthiness are or are perceived to be threatened.  My ears perked up.  “Anavamala,” I thought.  It’s just like what the tantric philosophers teach us, that the unreal cloak of unworthiness is what leads to suffering and discord.

The workshop continued.  We did some roleplaying and engaged in discussion to consider how we can better lead the best out of each other and ourselves, whatever type of negotiator we are.  It was interesting to see how this fairly diverse group of workers — young, old, experienced, brand new workers of varying levels of seniority in the agency — were able to be engaged and brought together in exploring these issues, but nothing was particularly surprising.  It was almost time to break for lunch on the first day, when the facilitator asked, and then let drop  the question, without discussion or seeking a response, “what about love?”

“What about love, indeed?” I thought.  That’s a word we do not hear in the workplace unless it is in an interview and someone claims to love their work, or it’s idle conversation and someone declares that he or she loves a sports team or a restaurant.  The next morning I commented privately to the facilitator that I thought it a great question, but was not surprised, given the context, that he had not discussed it further.  He said that he would bring it up more, and he did.  He suggested that when we love, we are more willing to allow, respect, and listen to differences of opinion; when we love, we are also more motivated to resolve conflict in a way that serves best those with whom we are in conflict.  This teaching made sense for most of the participants with regard to conflicts with friends and family, but it was harder for them to see in the context of the workplace because they did not think of love (as this society has come to classify it) as something that is part of the workplace.

How can we bring love into our non-intimate relationships (although I would argue that in some ways, the workplace is very much an intimate relationship as it so deeply relates both to our sense of purpose and to our survival)?  The tantric teachings suggest that there is a universal ground to all being, one aspect of which is, in essence, love (prem).  When we recognize that we are all made of the same stuff and that an aspect of the universal is love itself, then we are invited to see the unity in diversity and to respond in the highest in the face of difficulty or challenge.  (Quakers similarly teach us to recognize the light or good in every being and to treat all as divine).   Truly loving universally does not necessarily come naturally and can be a challenging and advanced practice , but it has been my experience that it is a practice that is worthy of all our relationships, including those in the workplace.  It may be too much to ask us to like our co-workers, but seeking to recognize that they are worthy of love can go a long way to making our work day a brighter, more productive, more effective, and more compassionate place.