Because It Was a Beautiful Night

It was a beautiful night, so I went for a longish walk after work. I found myself drawn to the two “Occupy DC” locations — Freedom Plaza and McPherson Square (shown). If it had been cold and cloudy, as it will be later in the week, would I have chosen to be out instead of in my nice house with the cats and a home-cooked meal and a good book? Most likely I would pick home, but still I go out of my way to witness every week or so and to remember that these are real people and this isn’t a one-night stand on only a nice night. I go to witness people who are living the courage of their convictions, to be inspired to serve in my own way, and to ask myself what more I should be doing. I know people questioning the way and the whether and the why of this movement, including those who are sympathetic, but questioning is a form of engaging and is a stage in expansion. 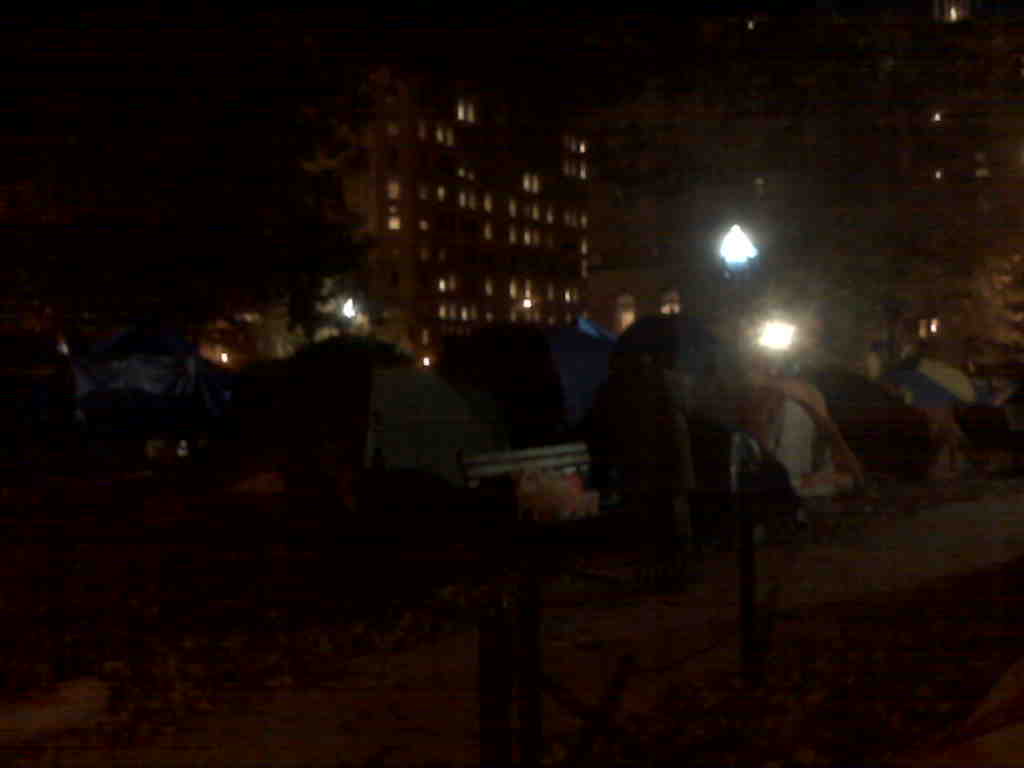