Yoga Is Skill In Action

I’m spending the weekend via Zoom with Michelle Johnson, for a “Skill in Action” retreat, where she is creating and holding the space for exploring how we individually and collectively can act to bring more communal justice, through anti-racist action, in our own lives, in the yoga community, and in society. She has been doing anti-racism work for 20 years, and has been practicing yoga and teaching since 2009. She published “Skill in Action,” in 2018. I read it several months ago. She said that she was flooded with orders the weekend after George Floyd was murdered.

What changed? Was it the confluence with the pandemic? Will we engage enough to make this an opportunity for lasting change or will those who are least impacted get weary or bored? What can would be allies do to help make it the former and not the latter?

I’m up late writing this after having spent a couple of hours dancing around and getting ready for tomorrow and contemplating and, of course, playing with Maitri. 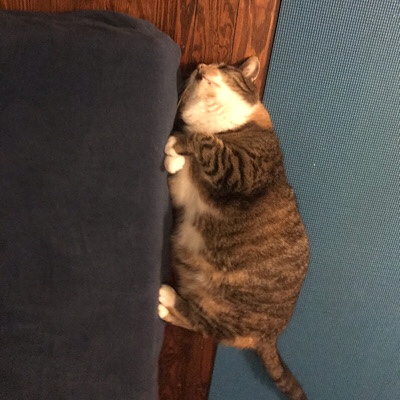