In Which My Camera Sees the Good

It was one of those days when it was hard to get home.  I’d gone to the museum to see the Harry Callahan at 100 and then went out for tea in Georgetown with a friend.  I stopped on my way home for some groceries.  I got to the bus stop just as a bus was arriving, but with a big suburban SUV hogging the bus stop and the dark rainy night, the driver sailed past without stopping.  He must have been really late and was taking advantage of a short break in traffic.  I caught a taxi rather than wait in the cold rain for the next bus.

Traffic was completely still on K Street because of the police trying to clear out Occupy DC from McPherson Square and a number of streets were closed off to traffic, so the driver went to H Street, which was almost equally congested.  Things started to move for a bit, but then there was then some issue with another big black SUV with suburban plates in Chinatown that had been pulled over by the police.  This resulted in absolute tirade by the taxi driver as to why DC should not be allowed to be a state.  I was having trouble explaining that Federal voting rights for citizens in the District had nothing to do with whether the cops could have pulled the car over better or faster so that it would less obstruct traffic.  I gave up completely when he started in on how DC schools should be better than Maryland’s and Virginia’s because they had so much more tax revenue.

I remembered I had my camera in my pocket.  I accepted the the meter was going to run unless I got out of the taxi in the rain (and then what was I going to do?) and enjoyed photographing the lights of the city at night.  Sometimes, my camera really helps me accept whatever is and see the beauty in it. 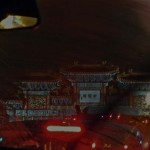 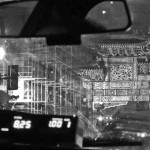 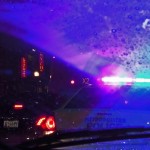 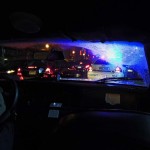 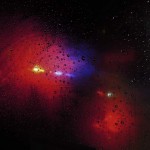 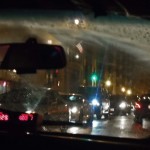