“Jobs Not War” (and the Power of Mantra)

The act of chanting gathered the  energy together.  The chanting empowered those at the rally to deepen their resolve.  In this instance, their resolve was to seek in an ever more coordinated and expansive way a shift away from war and big finance and to community, environment, education, and infrastructure repair and development, employing the millions who have been out of work in this double recession.  Chanting also helped bring the message into the conscious awareness of those hearing the chant, which in its simplicity served as a sign post both for the more elaborate meaning and for a more universal call for unity and change.  This power to work both within and without with chanting at a rally can give a taste the powers attributed to the yoga practices of mantra repetition (japa) or meditation with a mantra.  Just how mantra and chanting work is a curious and wondrous matter, but it is hard to think of a culture that has not spontaneously used chants for both individual and collective worship and power. 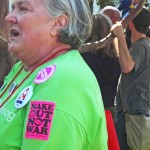 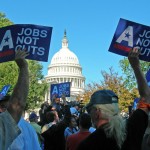 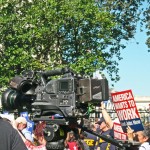 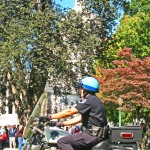 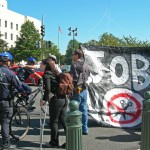