Thoughts on Attribution and Lineage

What do we mean, exactly, when we say a thing is “by” someone? Yes, we are attributing the thing’s creation to that someone. But how is something just by us when it is based on all the input and teachings to which we have been exposed or immersed? How do we give credit when it is due? How do we honor and acknowledge what has influenced us? When is attribution called for?

The yoga sages speak of the parampara, the lineage of teachings. For some the lineage is just that: a linear chain passed on from one generation of teachings to the next, and the attribution is clear. Those in such lineages or who would lead one of their own making often teach that one should pick one path (one style of yoga/meditation) and stick with that form or teacher to succeed (with the mythic goal of enlightenment).

From my unattained perspective, I question who is to say how “enlightenment,” assuming it is indeed something that can be achieved, would or could or should be attained by anyone else? Practice tips for enhancing the experience of human embodiment (is that not the real path?) are nice, though.

I do not know the Elizabeth who drew on the sidewalk. She is quite possibly about the age I would have been when I first read (not saw the movie) Mary Poppins and dreamed of entering another world through a chalk drawing on the sidewalk. 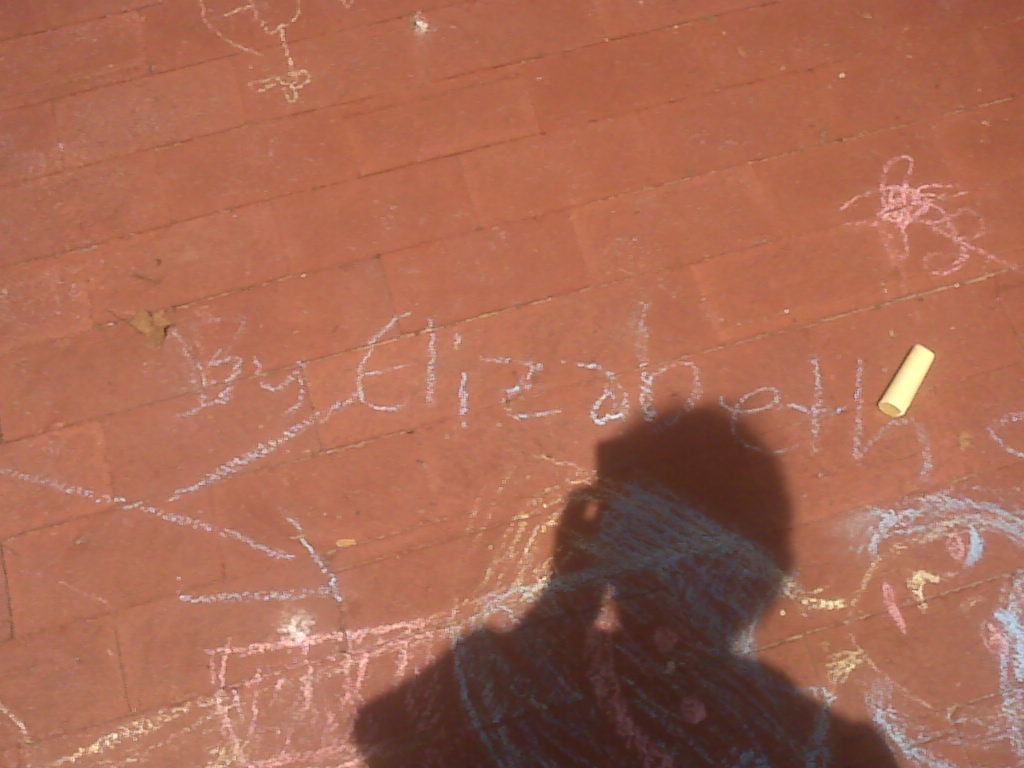