I had a delightful chat with artist Quest Skinner out at Eastern Market today. I was quite attracted to the clear-headed Buddha and called it that. Quest held up the cloudy-headed Buddha and relayed a story of having given a friend from Burning Man one with a clear head and one that was clouded. I took the two together and asked Quest, who had said to another customer that though out of cards would make one, to make me a card. This is what it says: 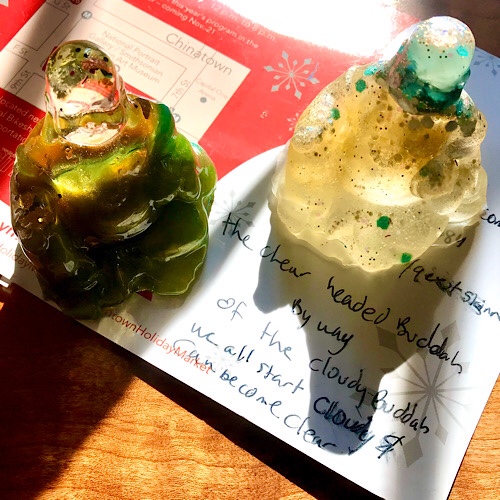