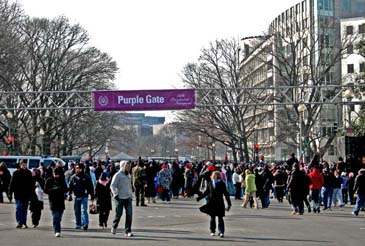 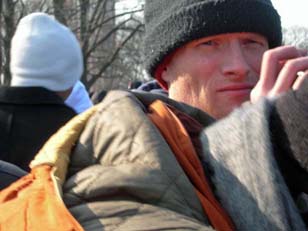 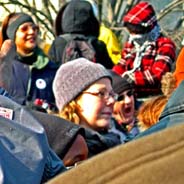 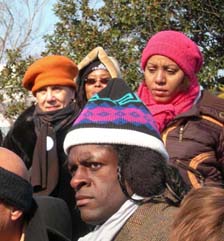 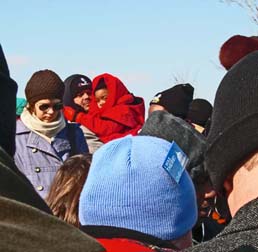 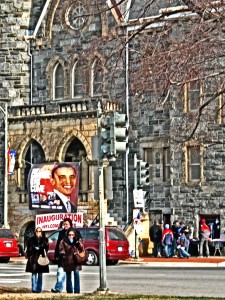 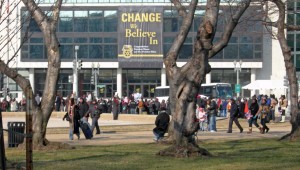 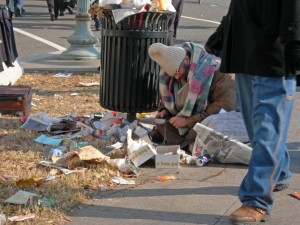 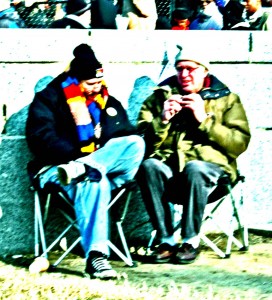 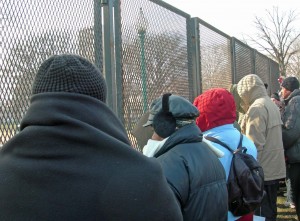 At about 10:30 am, I left my house and walked over to the Capitol.  I knew that by leaving the house at that hour, instead of at 7am, I would be outside the fence, but I instead practiced in the morning and opened myself to the sense of amazement and hope filling my city.

My friends who were inside the fence either are press or have other jobs that got them an invitation or they arrived at 5am to volunteer. I look forward to hearing their stories and seeing their pictures.

It felt urgent to be present for this occasion.  One of the things that made it especially poignant is that where I went was on my walk to work.  I forget, sometimes, the import of the capitol and the Mall because they are so much a part of my daily geography.

The audio visual we had in my spot just north of the Capitol (turned out to be next to the cannons for the salute) was a couple of ipods with speakers and boom boxes, rather than the big, fancy rock concert screens, but we were in fact physically closer than most on the Mall.  Some of us were just happy to be there together celebrating and being less densely packed into the crowd.  Some, so used to being marginalized by society — being able to see privilege and insider status, but have it be completely out of reach — grumbled that they might as well have stayed home as they witnessed even those with tickets not getting through the security lines towards the end.

But every one was hushed, even in the crowd, even without a view, for the oath of office and for the President’s speech.  It was a privilege to stand with these neighbors and fellow citizens.  It was an honor to see grown men unashamed to let their eyes fill with tears as they witnessed what they never saw they would see in the Nation’s Capitol, in their town, an African-American President.

I am filled with hope, not because I think there will be almost instantaneous and miraculous “change,” but because we have just witnessed an enormous step in a better direction.