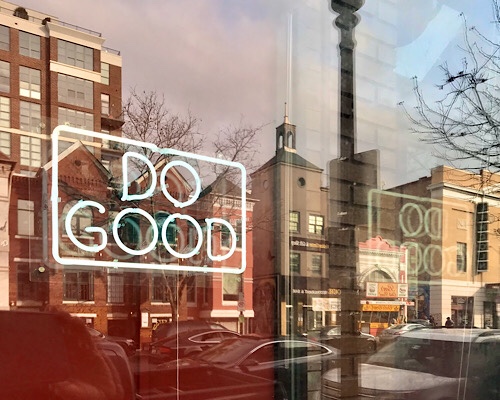 Signs Around Town (and Seva) 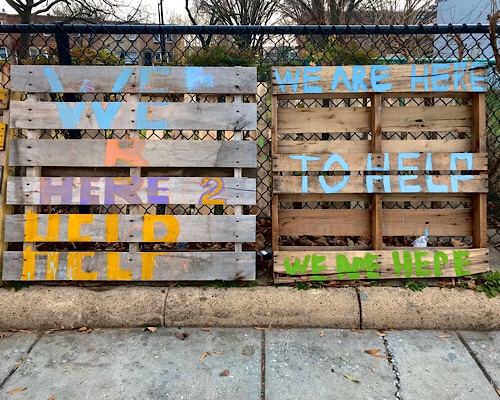 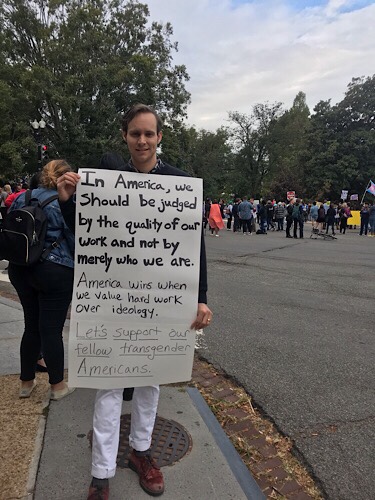 This would make more sense to me without the pronouns (and specific theism), but otherwise it has some resonance. 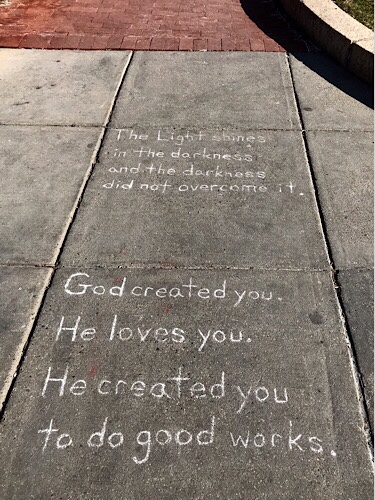 On the Refrigerator Door 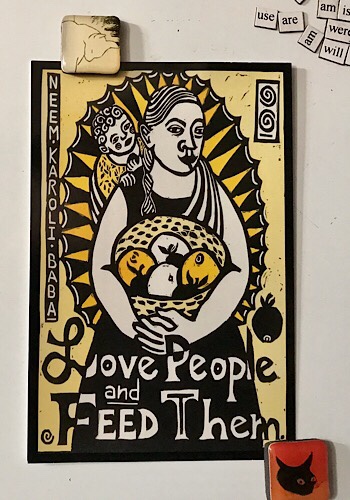 I woke up violently beset with cold/flu symptoms on Tuesday (fortunately, I’d voted early). I hardly got out of bed for two days and while I was able to work some from home because there were deadlines that needed to be coordinated, I ‘m days from being better. Instead of being out this week bearing witness, I’ve contributed extra to support recount efforts and am glad for the steadiness of committed monthly giving. I am concentrating this long weekend on recovering because this is for the long haul. And look at this beautiful tree, which clearly has enjoyed the overly wet autumn. 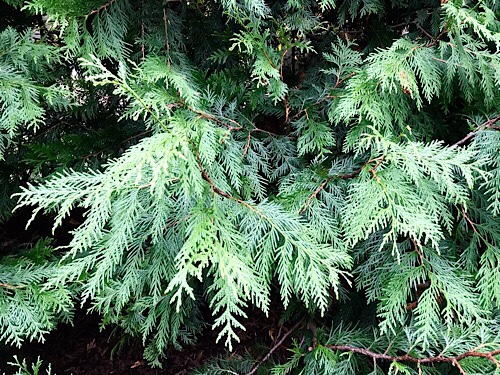 I had previously committed to volunteering at the Lantern at the same time as the demonstration at the White House against the separation, incarceration, and deportation of those seeking asylum. I left the house an hour early and got off the bus at Farragut Square instead of taking it all the way to Georgetown. Volunteers were actively coordinating and people were starting to gather.

I talked to people who were heading over as I walked on to the Lantern, and I brought the demonstration with me. 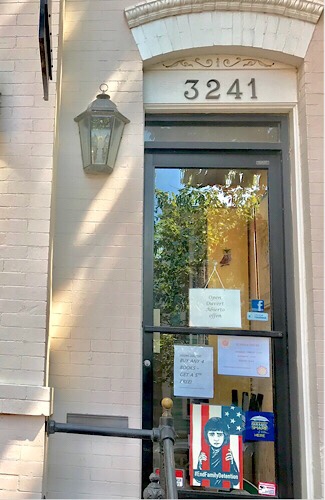 Laying Down the William Penn House Practice (Last Practice May 15)

Perhaps because it has been hosted at a place that fosters the Quaker way of doing business, but when I first tried to describe why I thought it was time to leave off having a regularly scheduled practice at William Penn House, the first phrase that came to mind, was that the practice was being “laid down.”

The William Penn House group practice started over 10 years ago. Its initial purpose was to keep going a class from a studio that closed for several months. Having the practice at William Penn House was also a good way to create neighborhood, Quaker, and yoga connections, provide support for the work of William Penn House, and provide an unconventional community donation practice space.

In the years since the class was established, the whole tenor and climate of the world has changed. The neighborhood, too has changed. Among the changes, there are now several yoga studios on the Hill and there are lots of choices for a practice every night of the week without leaving the neighborhood. In the broad group that has participated in the practices, there have been graduations, marriages, births of children and grandchildren, illnesses, injuries, world travel, joys and sorrows, death, career changes, and it is time for those still in the habit of Tuesday night practice to reconfigure what and when we practice for our own good and for the great web, including together.

I will always be grateful to all the practitioners/friends who joined with me in collective exploration of the practices and to William Penn House for being a welcoming and nonjudgmental host for a really long time.

As a member of the Board of Directors and a neighbor, I will still be part of the life and practice at William Penn House. I am still offering small group and private classes in my lovely home studio. Send me a message, if you’d like to practice. I’m looking forward to scheduling practice on a more flexible basis. 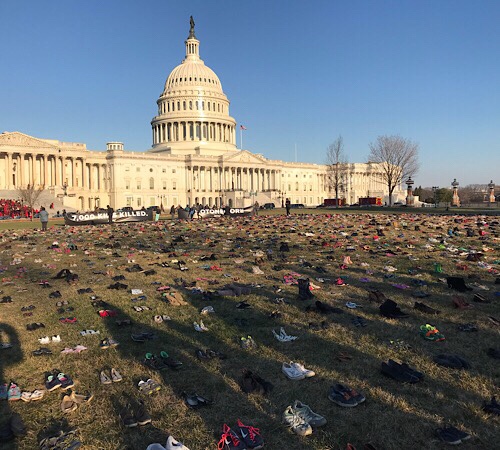 Are meaningless without engaged conversation and action. In yoga practice terms, if you’re living in and enjoying the world, practice includes service and giving. Prayer alone is for those who live naked in a cave subsisting on alms. 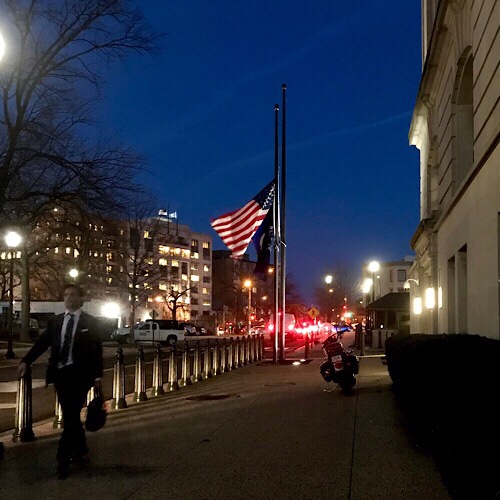