It wasn’t until the weather cooled and the reality of a second week of work not being done that needs to be done to meet deadlines that the impulse arose to make the first batch of homemade granola of the season.  This batch could be called maple nut granola with raisins.

Harvested last of the sweet banana peppers and a fire engine red cayenne pepper.  Also picked as a baby one last eggplant before pulling the plant to make way for tat soi.

Most of the tomatoes I found on the ground still unripe.  With a generous portion of red wine and nice herbs, and the traditional way of cooking them for hours and then running through a food mill, and then reducing until reaching the desired thickness, it won’t matter that the tomatoes ripened on the counter.

Assorted apples from the farmer’s market.  Dried fruit is different when it goes into the dehydrator within a couple of days of having been picked and early in the season when the apples are best.  An upside of being required to stay around home is that I have been able to experiment with the dehydrator that was a most generous birthday gift.

There’s a bunch of difficult stuff going on, but there is no need to write about it anywhere except possibly in my journal, for much of it.  And as for the shutdown and its impact on real people around the globe (and all that interconnectedness stuff), I prefer today to write about granola and stuff from the garden.

Anyway, I’m thinking I would just be preaching to the choir if I wrote another blog post about the importance of trying to keep up and understand as much as possible, speaking with others to shape your understanding and your voice, being in contact with your elected officials and signing petitions, and reaching out to friends and family open to such discussions to invite them to be engaged.

It is times like these when I think of Patanjali’s sutra:  heyam duhkham anagatam (the pain that has yet to come can be avoided.)  I have contemplated this sutra much over a long period.  It is a good one for when I am reaching into the yoga teachings for insight into how I might respond more optimally under the circumstances at hand, especially that which is entirely out of my control. 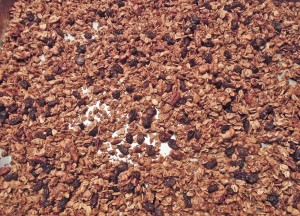 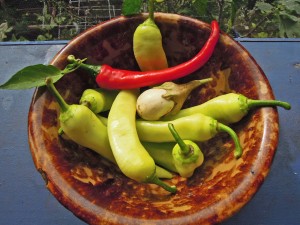 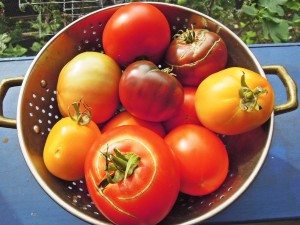 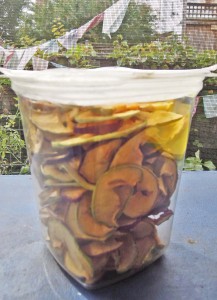