Today In and From the Garden

Community and Family, Food for the Body, Gardening, Photos

It is time to pay attention to the garden, to watch closely whether it will be a warmer fall or whether there will be an early frost.  Yesterday, there was a chance of temperatures in the mid-30’s F in the next few days.  Now, the first day below 38F (which is when I bring in the hardiest of the tropicals–they like to get nights in the 40s F, but not the 30’s F) is toward the end of the 15-day forecast.  I gambled that temperatures would stay warm enough until the next time I would be able to spend the hour and  a half moving plants inside.  It is best when I can do it on a weekend, but in a pinch I have done it first thing in the morning instead of my  regular practice before starting the work day.  I wait until the last minute because the plants are so much happier outside.  They don’t mind four months inside, they are ok with five, and they start really suffering at six months.  This means I watch closely danger of first and last frost to keep the plants outside as long as possible.

Some things, such as the impatiens and begonias that I was taught  by my paternal grandmother to bring inside as cuttings to root in winter and then replant in spring start struggling outside when lows are steadily in the 40’sF, which is why I did the cuttings today.  The tomatoes are still producing, so I have not yet switched the raised beds from tomatoes to hardy greens, but the seeds I planted when I pulled up the peppers and the eggplant are starting to come up. 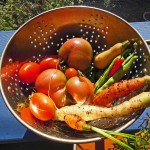 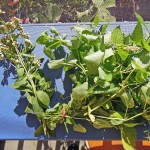 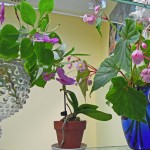 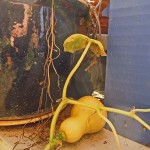 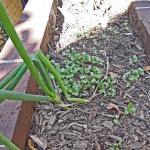